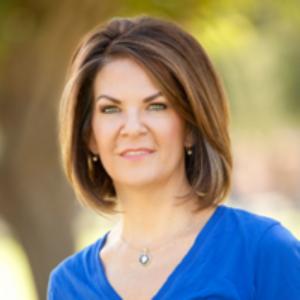 {"id": 228677, "type": "entities", "links": {"self": "https://littlesis.org/entities/228677-Kelli_Ward"}, "attributes": {"id": 228677, "name": "Kelli Ward", "blurb": "Arizona State Senator | 2016 republican primary candiate for senate", "types": ["Person", "Political Candidate"], "aliases": ["Kelli Ward"], "summary": "Senator Kelli Ward was born and raised in West Virginia. Kelli graduated from Bridgeport High School where she worked hard to achieve the highest honor - valedictorian. She was also voted Most Likely To Succeed. In high school, Kelli was very involved including being the president of the National Honor Society, a cheerleader, a member of the volleyball and tennis teams, a member of the Key Club, and she served as an officer in Student Government. \r\n\r\nShe attended Duke University and graduated with a Bachelor of Science in psychology. She worked as an environmental chemist in Florida for a year and credits her co-workers with strengthening her Republican/Conservative values by introducing her to talk radio and Rush Limbaugh. Kelli attended the West Virginia School of Osteopathic Medicine and graduated with her Doctor of Osteopathic Medicine (D.O.) degree in 1996. She completed her Family Medicine Residency training in Garden City, Michigan. \r\n\r\nKelli met her husband, Michael Ward, during medical school and they married in 1995. Michael is an Emergency Medicine physician and is the founding partner of Arizona Emergency Medicine Specialists. He is a Colonel in the AZ Air National Guard and currently serves as Arizona’s State Air Surgeon. Kelli and Mike have three children Nick, Katie, and Cameron. \r\n\r\nIn 1999, the family moved to Lake Havasu City, Arizona. They have put down deep roots as they have served their community, schools, and family businesses. Nick graduated from high school in 2012 and is attending California State University. Katie and Cameron both attend Lake Havasu High School after spending their pre-high school years at Calvary Christian Academy. Kelli served on the school board at CCA including serving as the Chairman of that board. Kelli returned to school to complete her Master of Public Health degree with an emphasis in health policy after she completed a year-long health policy fellowship. \r\n\r\nDr. Ward started Lakeview Family Health Care with her mom, Dr. Lorraine Byrd. Lorraine has always been an inspiration to Kelli - striving to live her dreams by becoming a pediatrician as a second career. Lorraine started medical school when she was 42 and Kelli started her political career at the same age. Kelli sold her medical practice to North Country Community Healthcare after ten years of private practice. North Country is part of the health safety net it is a community health center. Dr. Ward worked there for two years as a staff physician and regional medical director. As she transitioned to running for office, Kelli shifted from primary care to emergency care and she now works as a physician in the Emergency Departments in both Lake Havasu City and Kingman. Dr. Ward is also the Director of Medical Education at Kingman Regional Medical Center where she helps to train new physicians to become excellent health care providers. \r\n\r\nKelli has been politically active in her profession since she was a medical student. She served as the national president of the Student Osteopathic Medical Association and has been active on the local, state, and national levels as a practicing doctor as well. She recently completed her term as the president of the Arizona Osteopathic Medical Association. \r\n ", "website": null, "end_date": null, "parent_id": null, "extensions": {"Person": {"party_id": null, "gender_id": 1, "name_last": "Ward", "name_nick": null, "net_worth": null, "birthplace": "West Virginia", "name_first": "Kelli", "name_maiden": null, "name_middle": null, "name_prefix": null, "name_suffix": null, "nationality": [], "is_independent": null}, "PoliticalCandidate": {"crp_id": "N00037492", "is_local": null, "is_state": null, "is_federal": null, "pres_fec_id": null, "house_fec_id": null, "senate_fec_id": null}}, "start_date": null, "updated_at": "2021-03-17T20:24:23Z", "primary_ext": "Person"}}

Check LittleSis.org for additional documentation of items below.

All subjects are innocent before the law until proven guilty in court.